Cold calling is the infuriating practice of randomly contacting people in order to sell something that they don’t want and didn’t ask for. Don’t ask me for my opinion on this business idea! 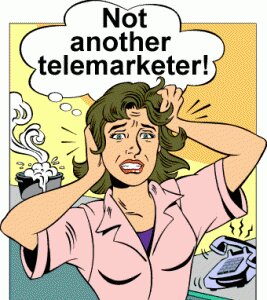 Cold questioning is the practice of putting a random question on the board and asking pupils to solve it.

Example: GCSE revision
I have a class of critical C/D students who are sitting their GCSE in November. We have been revising prime factorisation, indices, simplifying, standard form and HCF/LCM. Today I put this question on the board:

A pair of trainers are reduced by 30%. The sale cost is £75, how much were they originally, to the nearest £1?

I was pleased to see them talk about the problem and have a go.

Students were randomly selected to share their answers and only two answers occurred – both of them wrong, but with a hint of understanding. Answer A resulted from calculating 30% of £75 and adding it on. Answer B resulted from subtracting the 30% from £75.

Now this isn’t as depressing as you may think, because as we discussed this it became evident that the class were confident calculating simple percentages – they just struggled to apply this knowledge. One student said they had used a multiplier. This opened up the task as we developed the link between reverse percentages and multipliers. Some of the class weren’t convinced, so we had a quick ‘converting percentages to multipliers, including inc/dec’ quiz. We even extended it to fraction to decimal conversion.

Finally, we looked at rounding as it was specified in the original question.

Review
I could have prepared a step-by-step revision lesson, gently taking them through these topics. I think ‘ambushing’ the class with a topic they haven’t studied for a while was more effective as they used a variety of skills to solve the problem, rather than repeat given procedures.

Ambushing your class
*Pick a topic you haven’t looked at for a while
*Avoid easy/obvious questions
*Try to include more than one skill
*Allow sufficient thinking/discussing time
*Finish off with another question, which requires similar skills
(Eg my second question was a reverse percentage involving an increase)