If you’ve been a regular reader of this blog you may remember a post in 2014 advocating the use Duck Tape to help with practical investigations. The post was: http://mathssandpit.co.uk/blog/?p=1585

I’ve recently reused the mechanics activity with a new class of Year 12 students. They had only just started mechanics and were familiar with models and suvat equations. We timed four different objects being dropped, under gravity, down a stairwell. The items had a variety of masses: a paper helicopter, a light plastic ball, a small sponge and a dense juggling ball. We meticulously timed each drop and double checked the height.

I asked the students to work out the velocity of each object on impact with the ground. It was akin to lighting the blue touch paper and standing back …

They are a competitive bunch and raced ahead to use the correct suvat equations to calculate the velocity. Then the fireworks started!

Part of the class insisted that the juggling ball must have the highest velocity. Part of the class insisted the velocities were the same for all of the objects. The rest were catching up and wondering what all the discussion was about. I innocently gathered their ideas on the board and asked them what was going on. Those who had used initial velocity, time & distance to find the final velocity had differing answers for each object. Those who had used initial velocity, distance and acceleration had a consistent answer.

Suddenly a hand shot up and said “Because we model objects as particles, their mass doesn’t matter so we can’t use the times”. This was followed by assorted groans from the class – especially those who’d used the individual times of the objects.

The variation of the original activity was to emphasise prior learning on setting up mathematical models for solving mechanics problems. Objective achieved!

(Obviously later in the course we’ll look at the impact of mass on mechanical models, but this was early days) 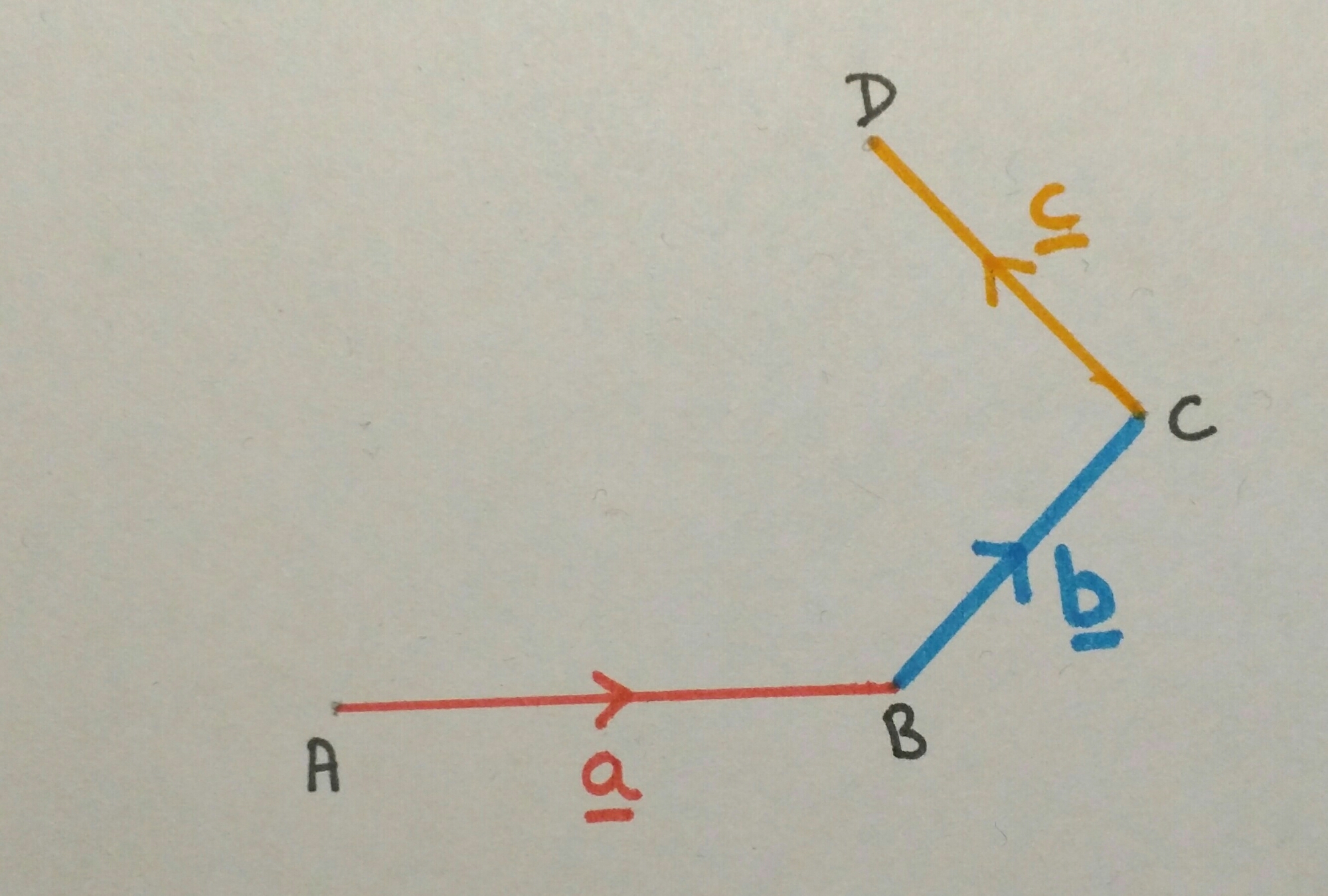 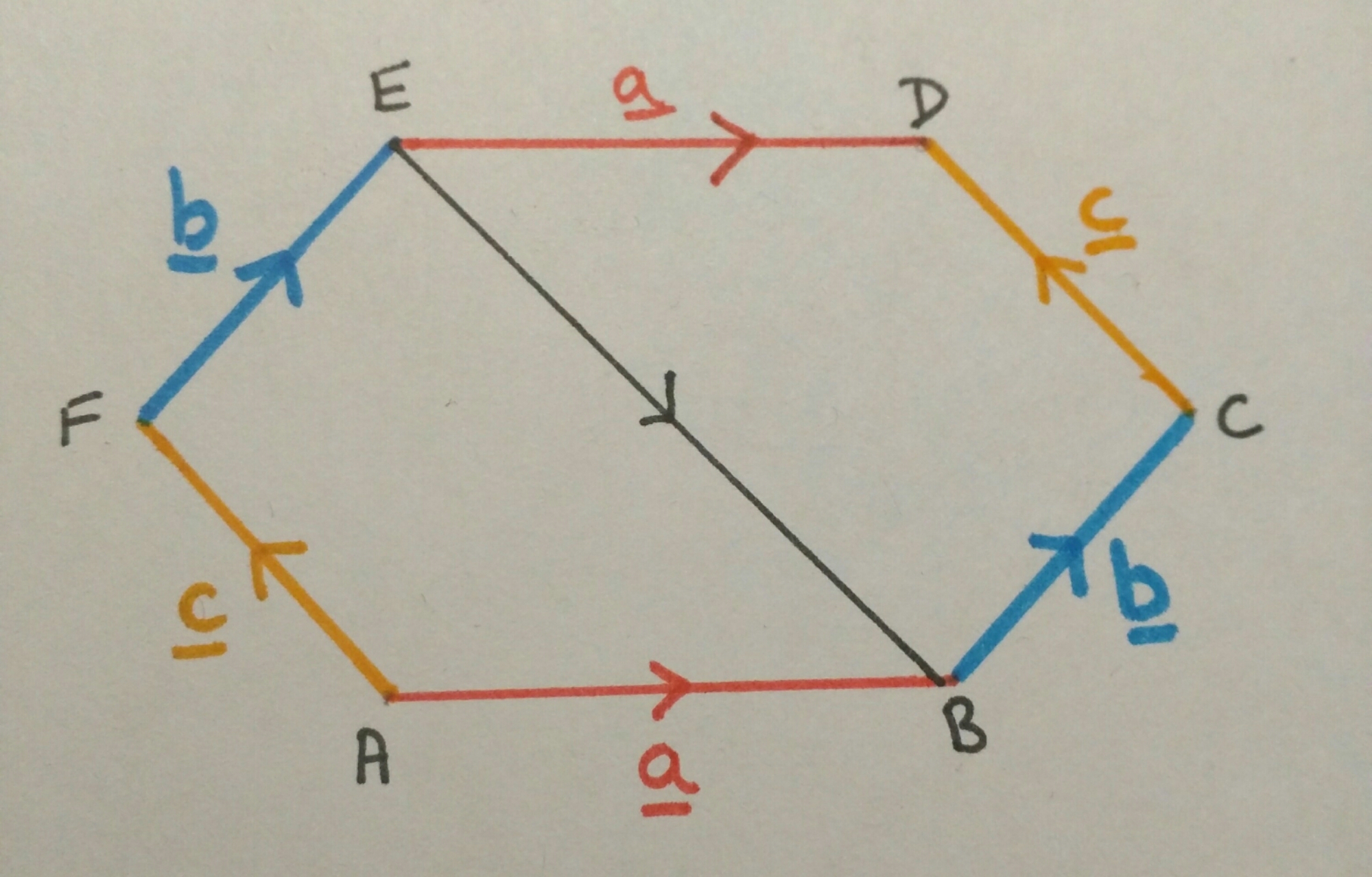 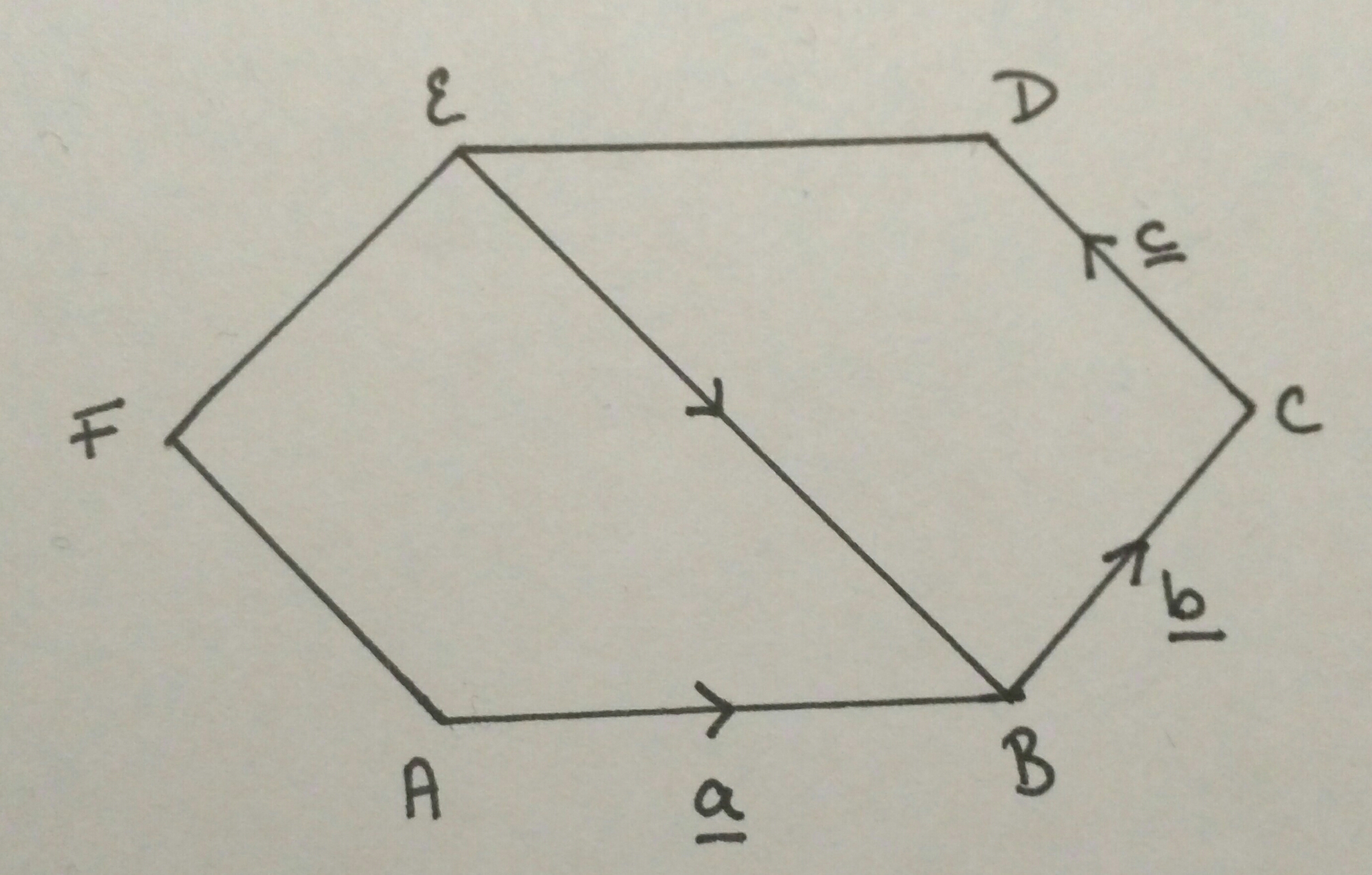 Here is a quick fun starter to get your class thinking about dimensions and volume.

Question: How many students can you fit into a metre cube?

The discussion will probably include:

Whilst this is going on make a metre square on the wall and the floor, using duct tape. The inner measurements of the cube are 1m, the rest is just tape border. 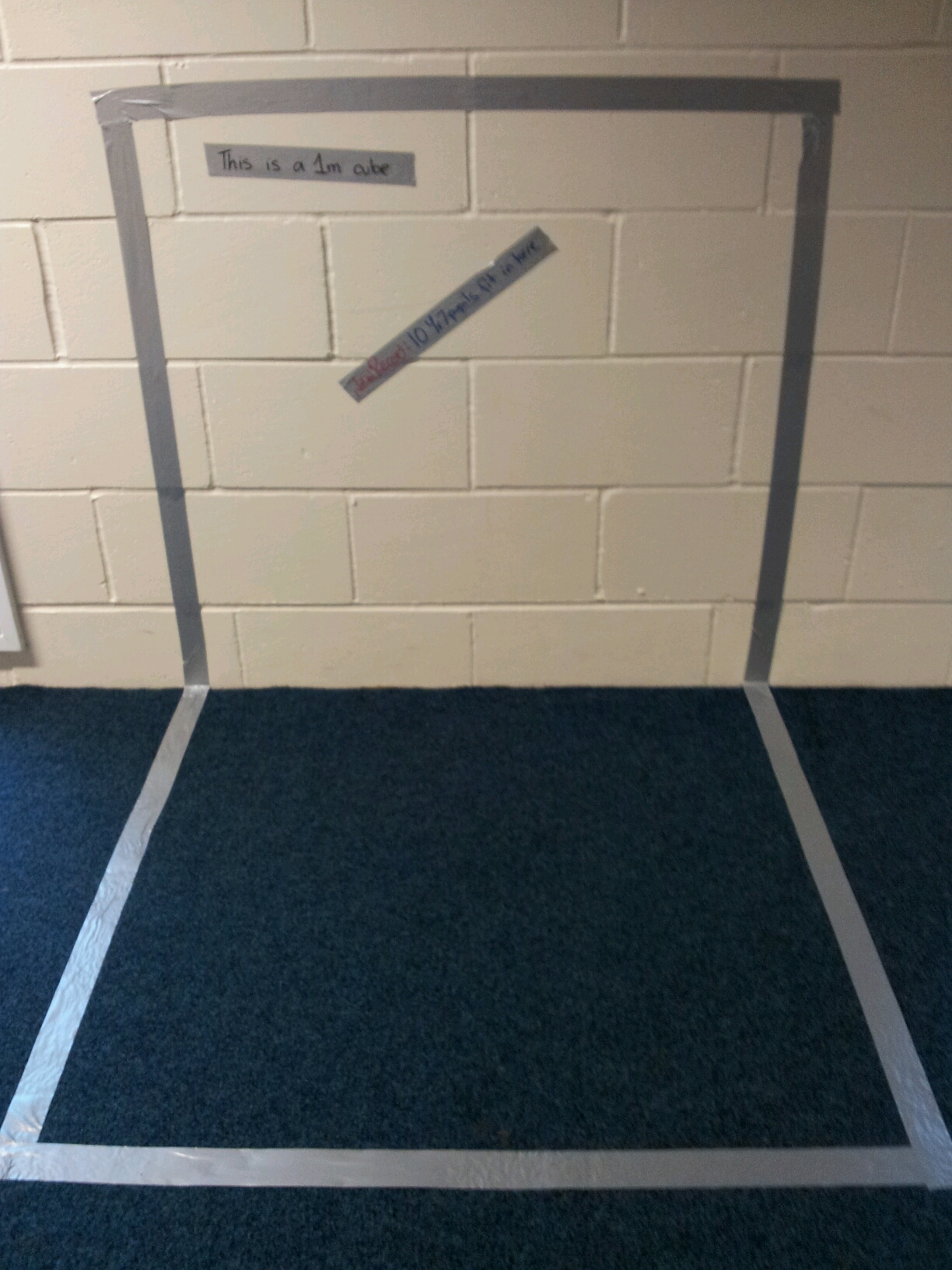 The Predictions
Draw up a quick tally chart of how many students they think will fit. A bright child will usually ask how are you going to find out. Easy …

Put students in the cube
Let them put themselves into the confines of the cube. Cue bouncy boys squashing up. Then remind them it can’t be higher than a metre. You might find it useful to have two spare students hold metre sticks vertically at the non-wall end to define the end of the cube.

We managed nine boys, plus gaps at the top for bits of a tenth boy – it wasn’t ethical to chop one up and sprinkle the bits. So we imagined the tenth person balanced on the gaps around their shoulders.

Ten? That is a new record for this activity! 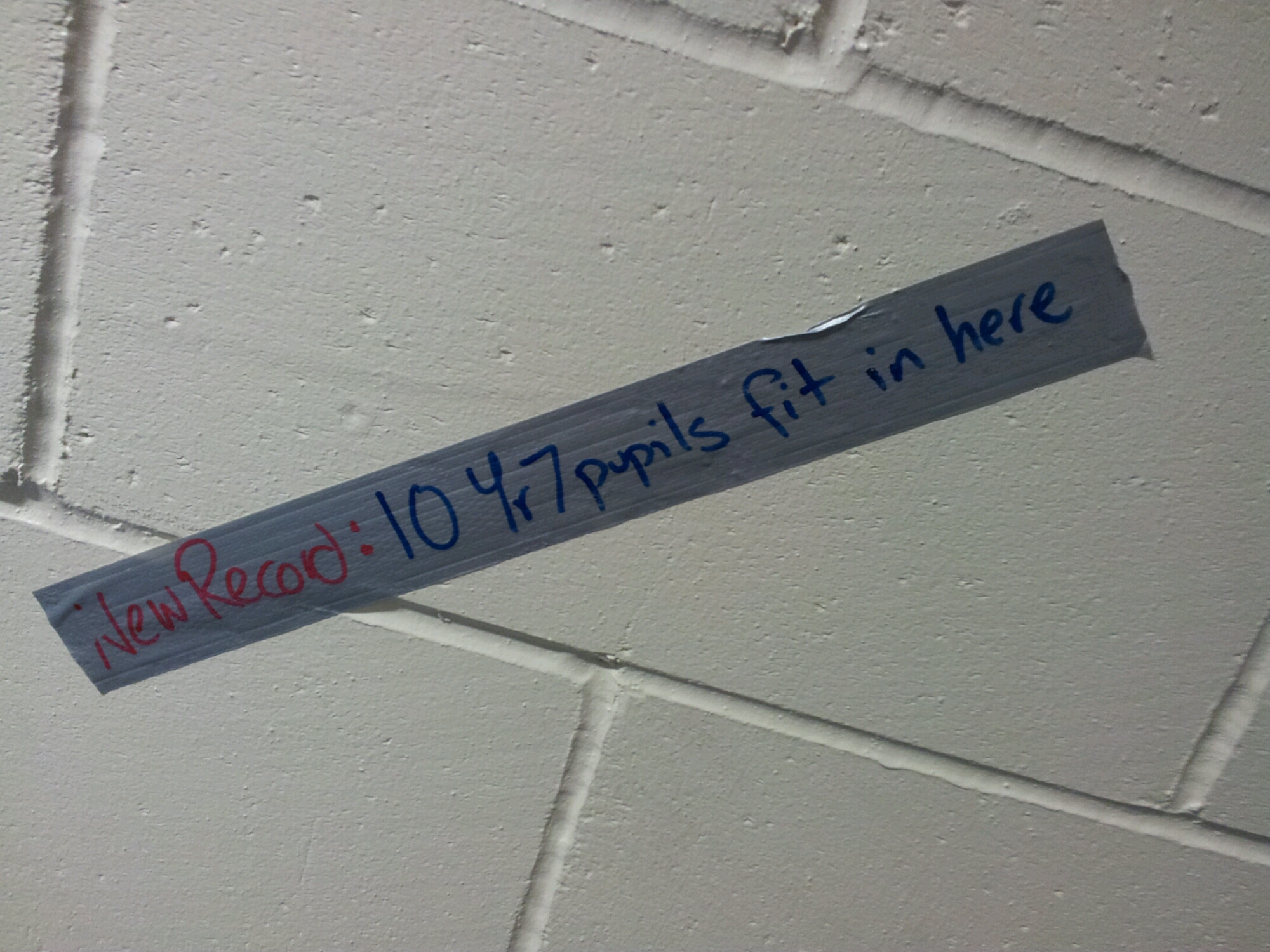 I’d love to get sturdy board covered in birthday (or Christmas) paper to put under and around the cube to start a discussion about surface area. You could make a big show of unfolding the cube and laying the wrapping out on the floor to form a huge net.

Note
I used to do this by taping metre sticks into a cube, but they fell apart easily. In some schools three metre sticks is a challenge, twelve would be a miracle find. Duct tape works much better!

So I’m all ready to teach a lesson recapping number patterns from the basics for a lower ability group … then a visitor to the Department arrives and asks if it’s okay if they observe my lesson. They’ve been told that there is usually something ‘off the wall’ happening in my room. Thanks … I think!

Well, I’m not one to disappoint. A little fun with the starter perhaps? The sun is shining and I’ve got whiteboards and chalk … 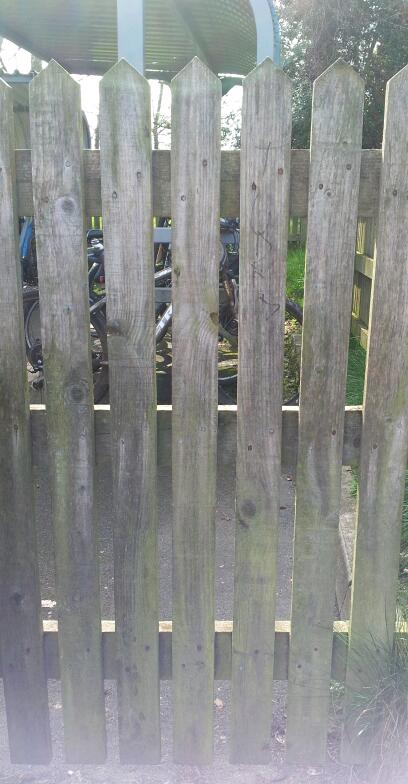 What can you see?

We discussed the pattern linking number of posts and spacers. We then represented the fence in colour coded symbols (yes, we have chalk in more than one colour!) and annotated it. 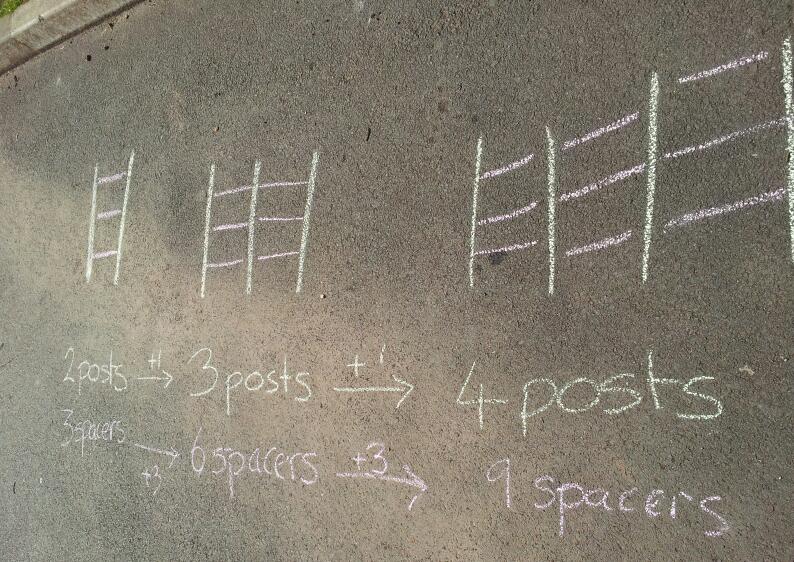 The class were then sent off to find their own patterns. They found repeating patterns and made notes on their whiteboards. Once they were happy with their work they could chalk it out.

This group looked at number of slats on a bench with number of benches. 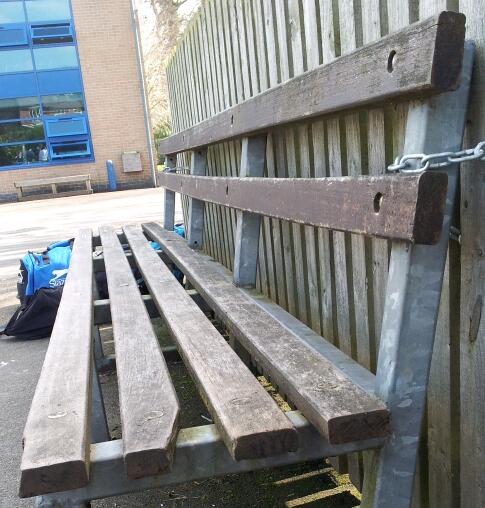 They represented each bench as an ‘L’ and each slat with an ‘o’. 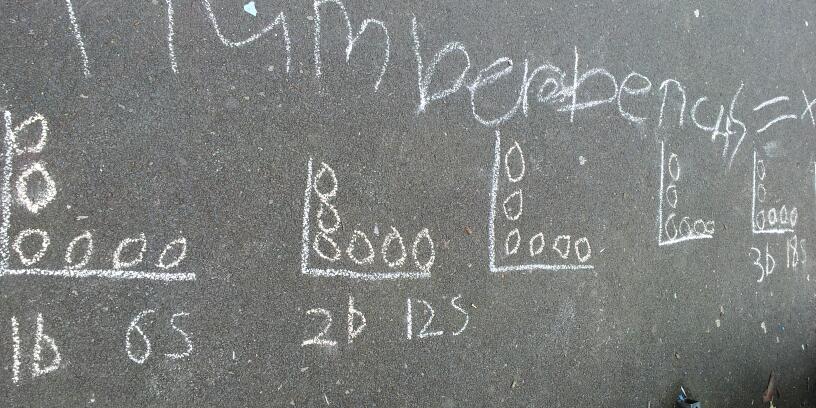 They worked out:
No of benches x 6 = No of slats

We then went back to our quiet number pattern work in the classroom.

This task is easily adaptable for many aspects of number, including ratio and proportion.

Most elements of Core Maths can be visualised with a good diagram, but volume of revolution can be tricky if your technical drawing skills leave something to be desired. My colleague JA came up with a visualisation which is simple and elegant, yet also fun and memorable.

Step 1
Start with a curve. Introduce the limits a and b. Discuss what shape a thin strip would make: a disc. 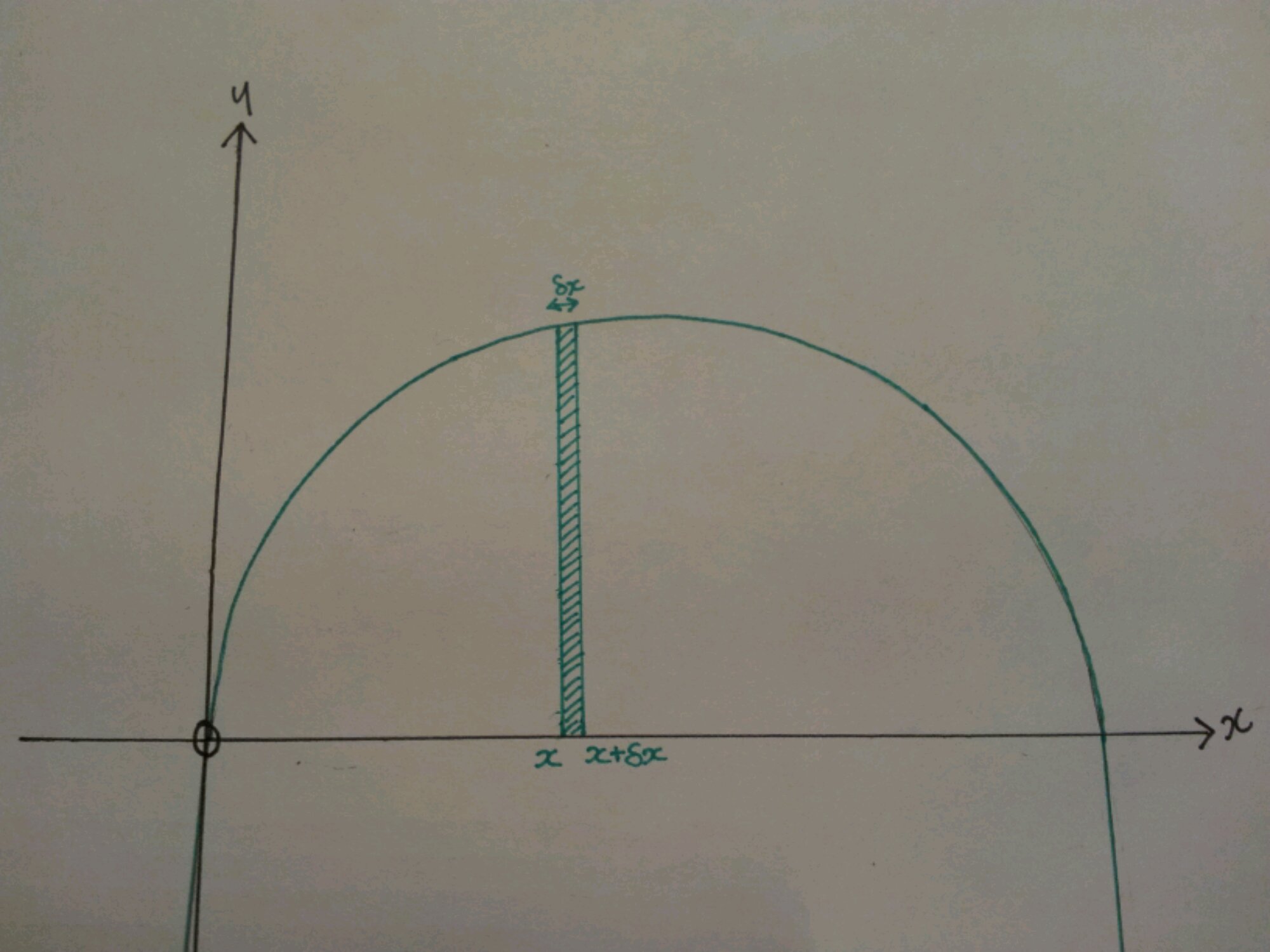 Step 2
What would several discs make?
Now this is the cool bit: 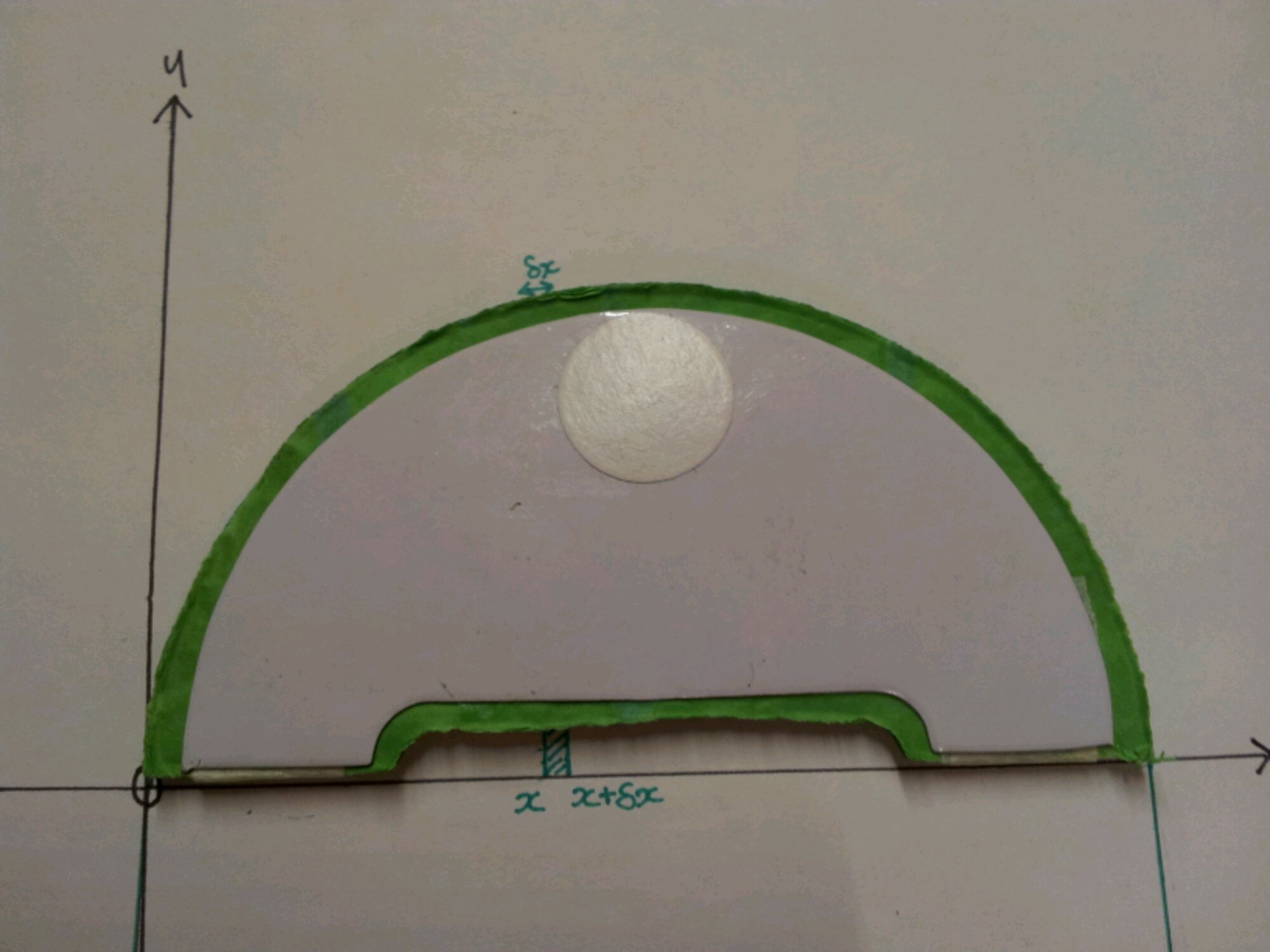 This innocent looking shape is a pop up gift tag: 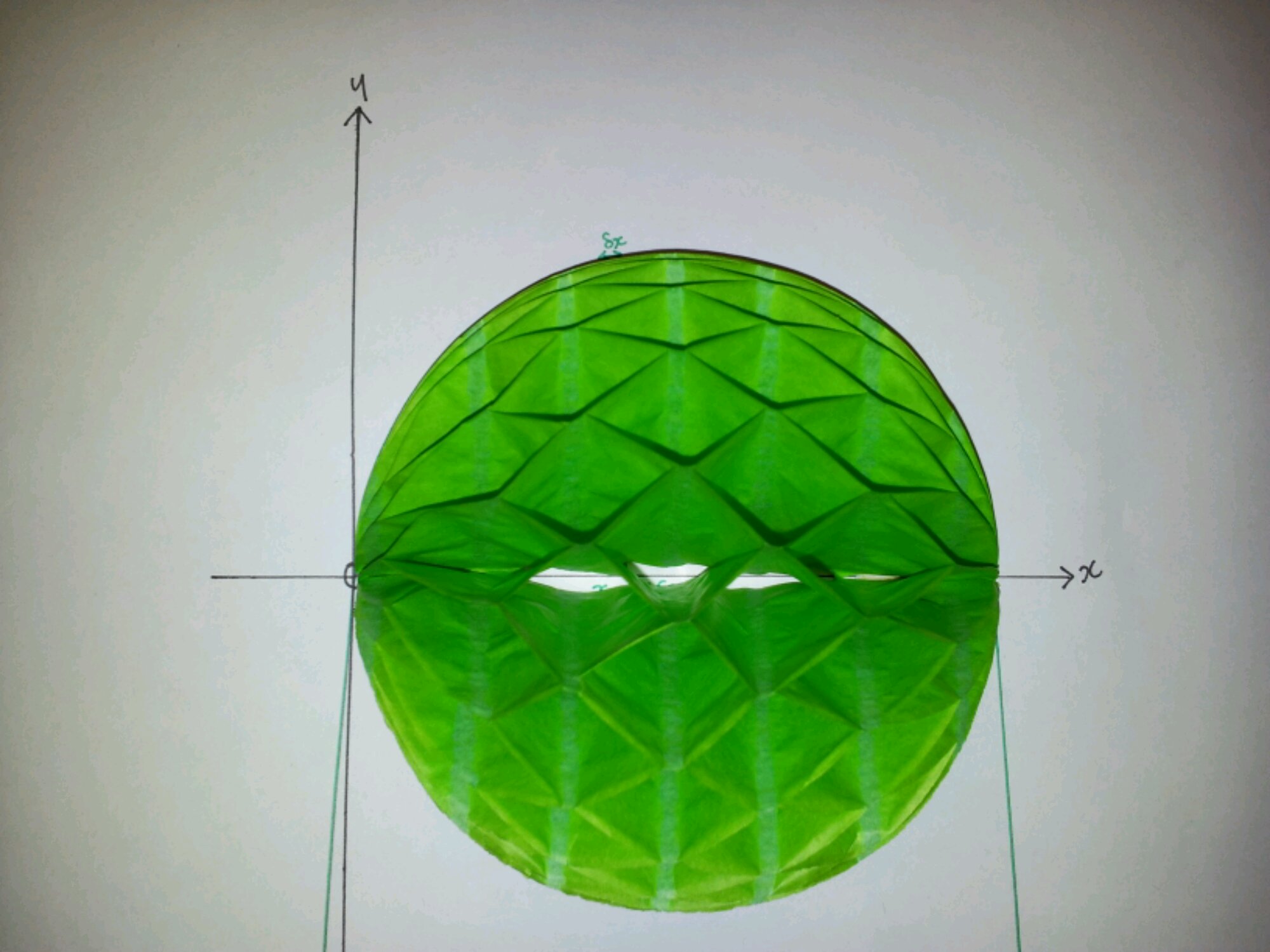 You can demonstrate what happens if the curve rotates 180 degrees around the x-axis.

Step 3
Now the really fun bit: dig out those interesting honeycomb christmas decorations, a metre stick and some tape: 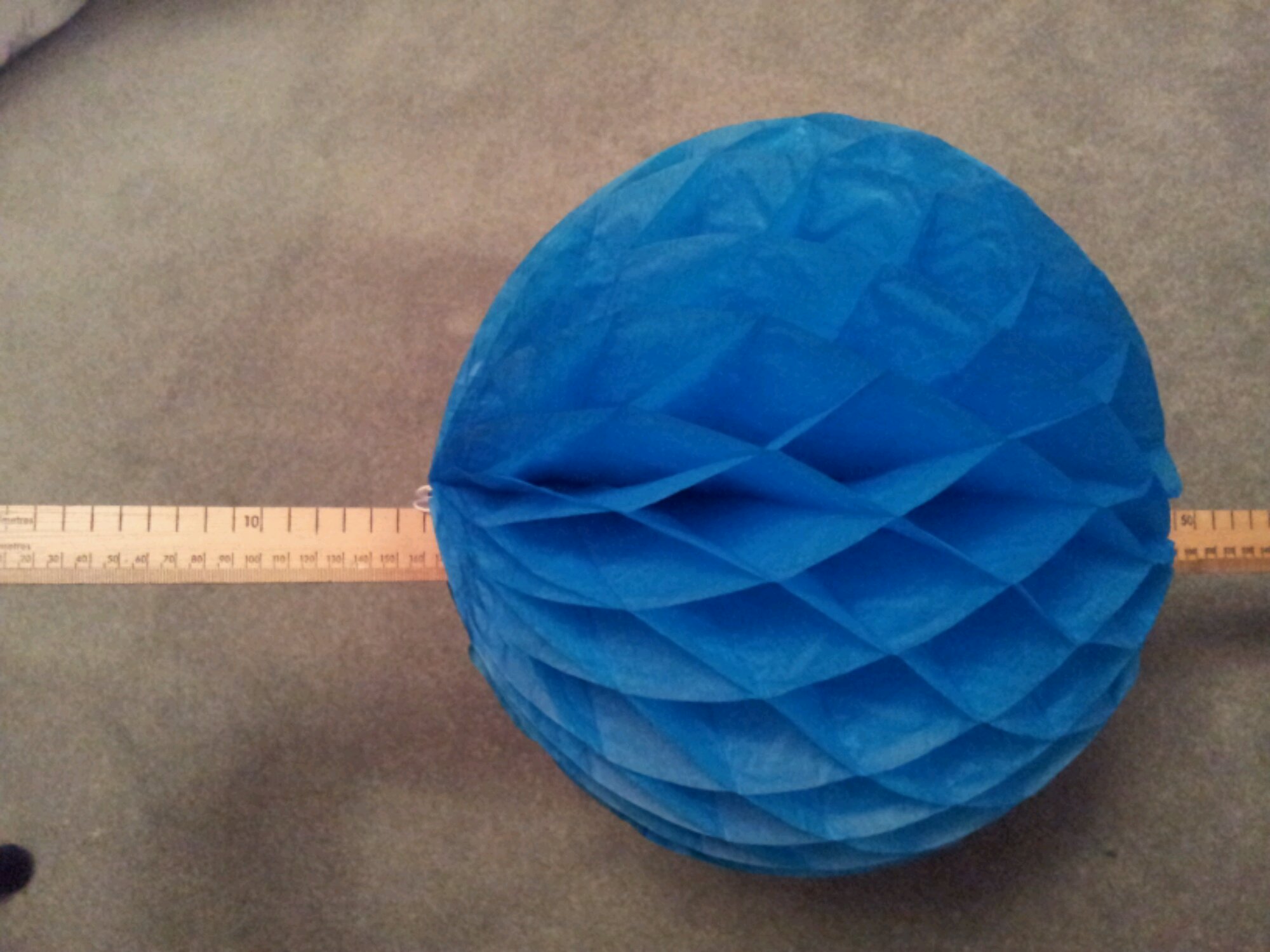 Hint
Since these decorations are made from paper and card. You can use a sturdy craft knife to cut them into other curves. They also make great wall displays.

If you haven’t seen Matt Parker’s cool valentine’s maths activity, you are missing out: Valentine Hearts

Just a quick picture to share today. My colleague, D, went to the same TeachMeet as me and was equally impressed by the use of gaffer tape in the ‘Big Maths’ presentation.

Today his class were doing box plots and took the idea of averages even further. They made a vertical box-plot on a wall of the class heights. Brilliant! 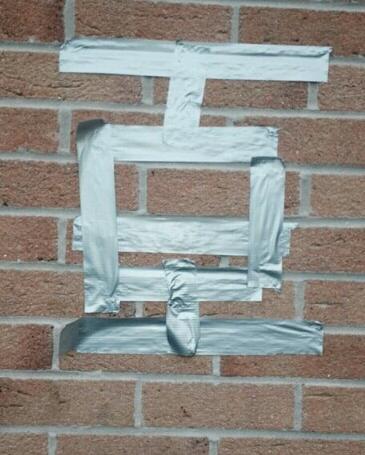 I’m sure this idea has lots of potential.