The Sandpit is currently in Norfolk and on a daytrip to Pensthorpe. In the ‘Wild Rootz’ adventure playground there is a bridge – except it’s not. 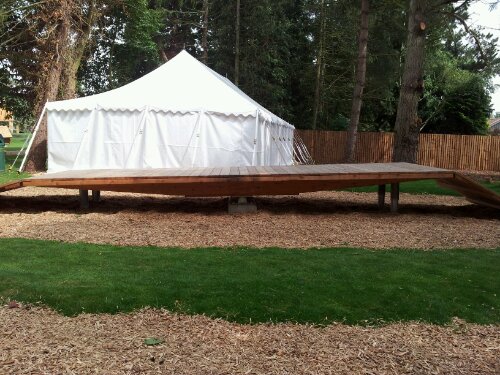 It’s a damped ‘see-saw’, which you can run up and down. This is great fun – people run from one end to the other and try to reach the end before it goes down, with a bump.

However, you can also use the principle of moments to try and balance the bridge. It took a bit of running up and down and fine tuning (bouncing), but we got the bridge balanced with five members of the family, age range: 84, weight range: wouldn’t be polite to say.

If you know somewhere near you, with a similar piece of equipment, this would be a brilliant way to demonstrate moments with a Sixth Form class. Obviously the calculations would be slightly out, due to the effect of the dampers, but it’s still fun – and a lot safer than piling a whole class on a see-saw.

As the summer break draws ever closer, thoughts go to all those jobs you never got the chance to do in term time. Here at the Maths Sandpit thoughts turn to quality control and effective blogging. To maintain the standards of the site, the Sandpit is starting it’s summer break a little earlier than most schools. 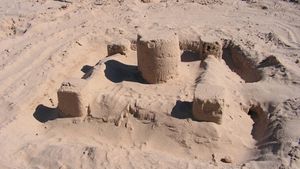 Thank you to all those who’ve visited the site since 16th February. There have been 124 posts, which is equivalent to more than two years worth of weekly posts. And more than 12,000 views!

There will some posts over the summer so keep coming back to check out ‘The View from the Sandpit’.

I’ve just spent the morning doing a cross curricular primary reward project with gifted and talented Y5/6 pupils. I was working with two colleagues from Science and Art. We were doing SAM, rather than STEM. It was brilliant! 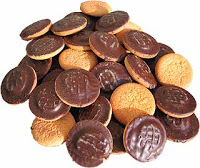 We made bouncy balls, bounced them in flour and cocoa powder, videoed the impacts, photoshopped the crater pictures, compared width of impact crater with the height dropped (scatter graph), calculated the speed of impact of the balls on Earth and on the moon – we even did the Jaffa cake phases of the moon. Our scientist gave us the correct terminonology and we did it correctly, unlike the memorable advert:

It did take us more than one jaffa cake … ahem, I mean attempt… to get it right. For the sake of accuracy, you understand …

How do you keep the pupils’ focussed on a peer’s explanation in a big classroom?

If a pupil is solving a problem on the board at the front, some of the class see this as an opportunity for low-level disruption. They often don’t see it as inappropriate behaviour and dealing with it can be off-putting for the pupil at the front. What to do? 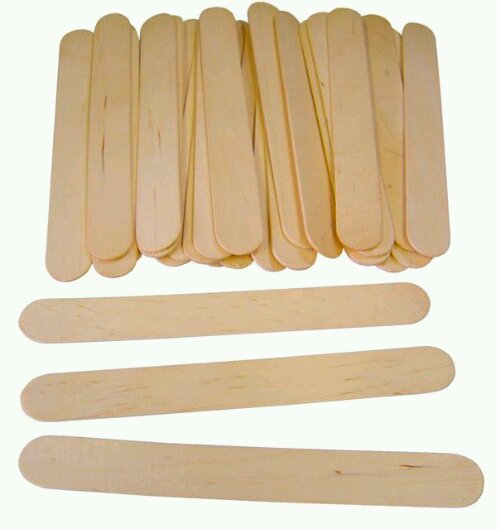 Equipment
A class set of named lolly sticks
Lolly sticks aren’t a new idea, but this is a different way to use them.

Activity
Set out the lolly sticks in teams face down on the desk, depending on the number of questions.
So an activity with 5 questions and 30 pupils would have 6 pupils per question. It doesn’t matter if the final team needs more pupils.

Set the first question. Give the class thinking time.

Randomly select a team by turning over one lolly stick. That person comes to the front to answer the question. The rest of the team are lifelines – if the team leader gets stuck, he/she can turn over a lifeline and ask for help. At the end of the question, the unused sticks remain face down.

Next question? Select the next team.

Why it works
No-one knows who will be called upon to contribute next, so everyone (who hasn’t yet contributed) must pay attention.

Hint
If your last team is short on lifelines, they can select any face down lolly stick.

I’ve used this with Y11 set 3/4 and it worked a treat, with everyone focussed on the task.

Sometimes you don’t get to a suitable point in a topic for a specific homework task, sometimes you want pupils to reflect on their understanding and sometimes the printer/copier breaks. What should you do? 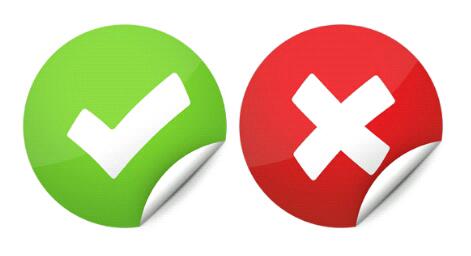 Pupil perspective
They have had to review and reflect on their personal learning and then apply it to a question.

Teacher perspective
The teacher gets an idea of what the class as a whole understands and what misconceptions exist.

Follow Up Task
The teacher can type up the ‘best’ questions into a PowerPoint presentation to use as a multiple choice quiz activity. A class written resource is always fun to use.

Techy Task
For those of you lucky to have an interactive handset system, you have a ready made, personalised, multiple choice topic quiz.