Here is a neat little starter photograph (click on the image to enlarge) – get the mini whiteboards at the ready! 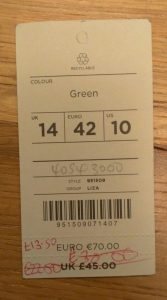 To quote a famous DIY company from the UK, this post ‘Does exactly what it says on the tin’!

Here is a tick or trash worksheet on percentages, including a couple of tricky ones:

I usually tick these worksheets until I find a mistake. I then tell the student to have a rethink. Obviously the correct answer is the other option, but the working out will need to be corrected. I also do not tell them how many of the remaining questions are actually correct – they then recheck these before I mark it again.

The only difference with this worksheet is that students have space for working out – no more guessing! The extension task asks students to try and figure out where the wrong (misconception) answers come from – that can be quite tricky and tests their understanding.

I’ve been looking at how to teach percentage increase and decrease at Key Stage 3. If you can find 20%, you can obviously increase by 20% by adding it on. But does this reinforce the misconception that percentages are an addition, rather than multiplicative, function? I’ve started teaching multipliers for increase and decrease to a wider range of pupils, so it makes sense to introduce the concept earlier. I’ve used finding 120% as a way to increase by 20%. It opens up discussion as to why this works and pupils can form their own ideas on how to decrease. 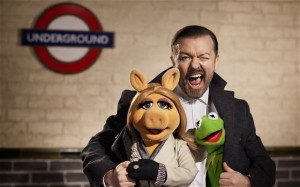 To reinforce and practice the idea of increase and decrease by percentages I’ve created some ‘Muppets’ themed Top Trumps cards (not licensed). You can download them here: Muppets Top Trumps (pdf)

There are only eight cards, but you could print out one set per pupil and shuffle them.

Today we have a discussion starter question for you, inspired by a trip to the shops.

I purchased 17 items, do you have enough information to calculate the mean?
The most expensive item was £10, the cheapest was 45p. What does this allow you to calculate?
Two luxury items cost £9 in total. If I hadn’t bought these, what would the mean have been? Does this effect the range?

When I paid I was given this voucher: 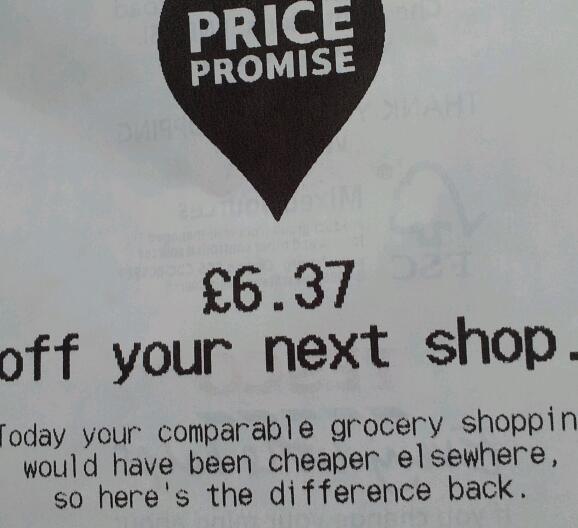 What would the shopping have cost somewhere else?
What would the mean cost per item be after this discount?
What percentage discount is this?

You could also use this as a discussion starter about the number skills you use when you go shopping. 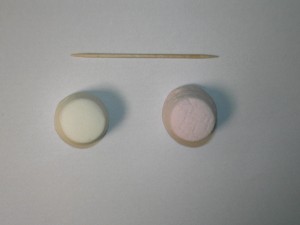 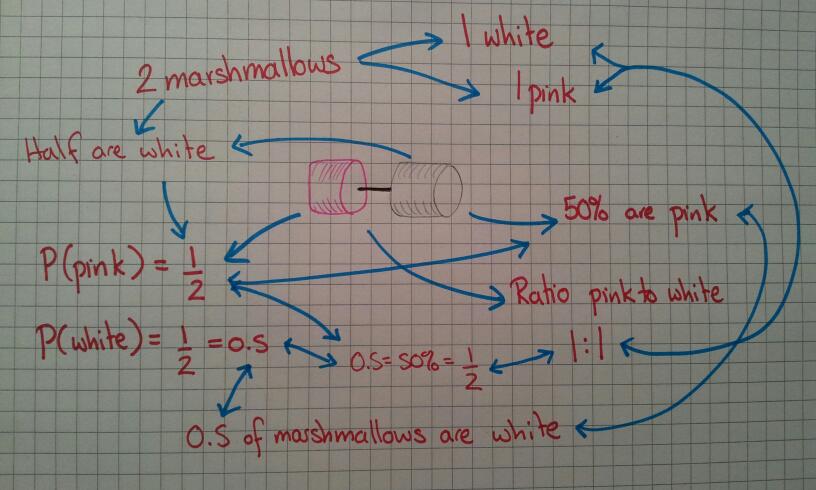 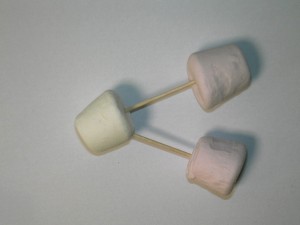 A quick idea for you today:

What is the cheapest each item could have been? 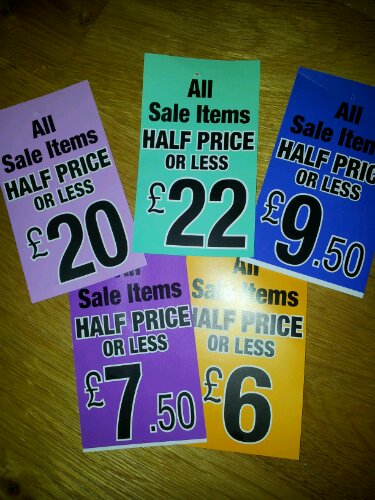 Which of these is the odd one out? 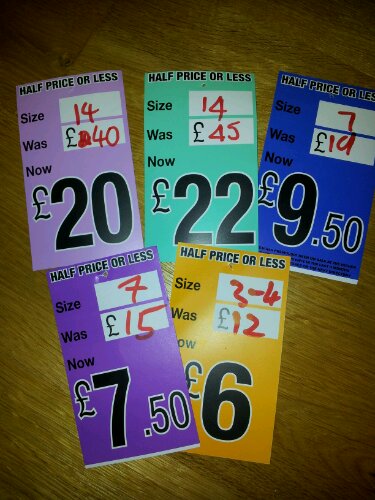 Why is it the odd one out? What discount does it represent? What is this as a decimal or percentage?

Keep your tags the next time you go to the sales – you never know what questions you’ll find.