The transition from GCSE to A-level Maths is as smooth as can be for some students. Others need the London Underground sign: 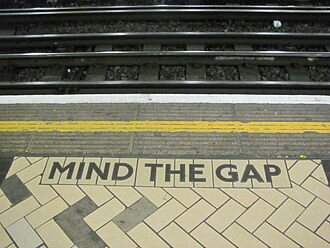 This time last year the biggest issue (amongst many others) was the lack of logic and rigour in their algebraic solutions and graphs. I tried giving model answers (‘Thank you, Miss’, then file it in the recycling …. Grrr!). I tried explaining why it was important (you could almost hear the shutters slide down in most of their heads). I tried sharing the best student’s work on the board using the visualiser (type of document camera), but all to no avail. The majority of students thought they knew best and ignored all advice. 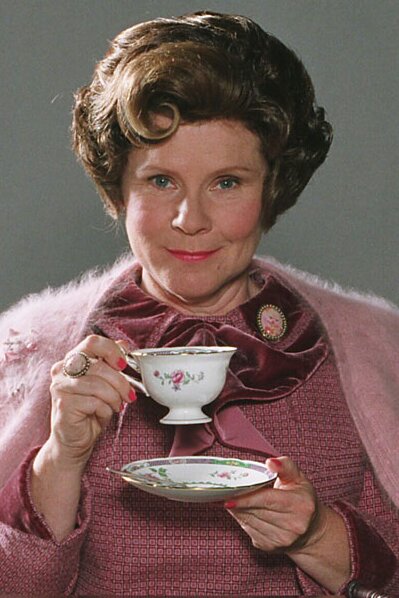 Now rather than go all Professor Umbridge on them*, I switched things around. They critiqued each other’s work.

1. You will need an exam (style) question, paper and post-it notes.

2. Ask students to complete the question on a sheet of paper – do not write names on it.

3. Put all the solutions out at the front or stick them to the board.

4. Give each student three post-its. They should write something good and something to improve and stick it on the work. Do this three times. 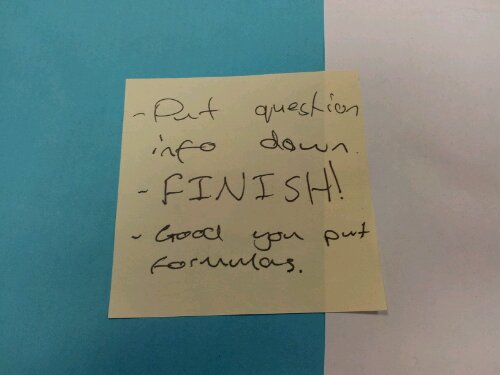 5. Each student reclaims their work and reads the notes. They then discuss the feedback and draw up a list of keypoints for improvement. 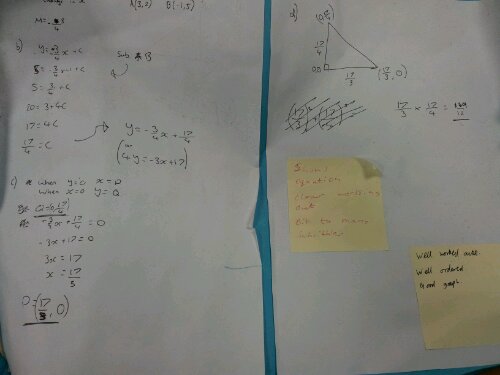 That could be the end of it, but I wanted to remind them of the task so:

6. Collect in the work and notes and mount them on half a noticeboard. 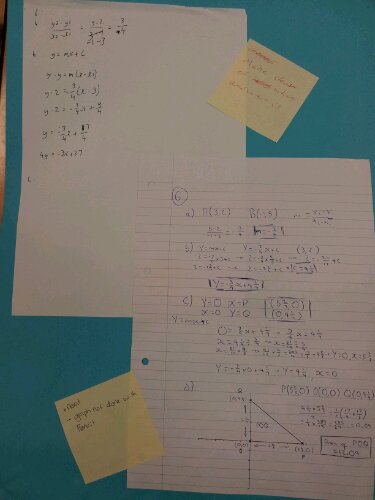 7. In the middle of the board put the question, the model solution and their list of key points for improvement.

8. For the next week or so keep referring to the wall display in lesson.

9. Set another question and repeat steps 2-5. Discuss how their work has (hopefully) improved.

10. Fill the remainder of the wall display with the work and comments.

This could be a useful activity to do at the start and end of a topic. It would also be a good BLP (Building Learning Power) activity.

* Professor Umbridge had a particularly sadistic detention task in Harry Potter, where whatever you wrote on the paper was etched into the detainee’s skin. Vile woman, odd ideas on education. 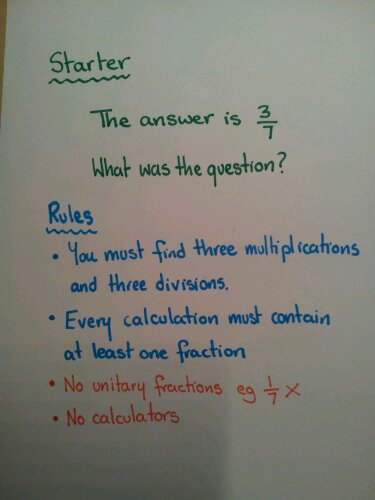